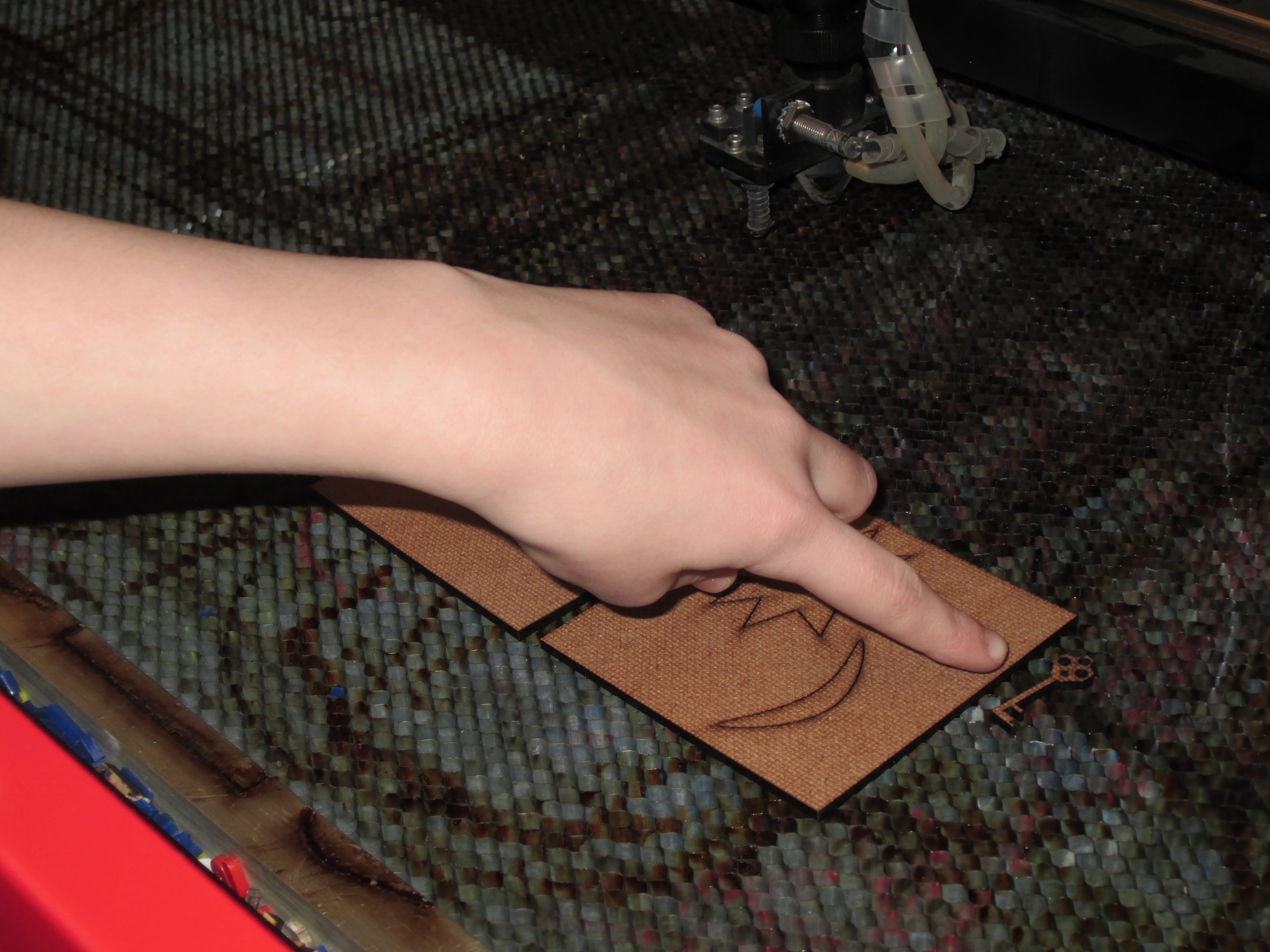 On April 6th, 45 middle school girls marched into the IDeATe@Hunt facility and headed toward the Experimental Fabrication lab. Armed with their new skills in the Solidworks software, they fired up the laser cutters and began creating the original artworks that they had drafted. Once the machines had finished, the girls opened them up to reveal that the plain pieces of plastic and wood that had gone in were emerging as names, words, shapes, and animals.

The girls were participants of TechNights, an outreach program from Women@SCS out of the School of Computer Science. Through TechNights, middle school girls in the Pittsburgh community have the opportunity to learn about creative technologies using tools like computer animation, web design, programming, robotics, and interactive media. Organized by doctoral student Ada Zhang, the mission of TechNights is to engage future generations of women in technology.

Pictures and more information about the event can be found on the TechNights site.