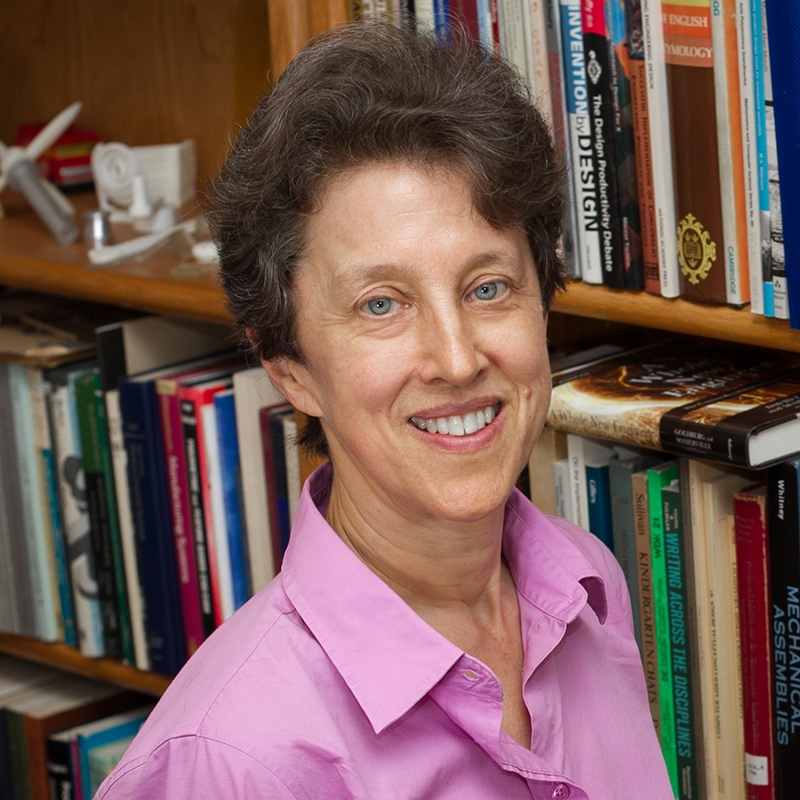 This story originally appeared in The Piper

Susan Finger, a professor of civil and environmental engineering who has always enjoyed working at the interface between culture and technology, has been named associate dean of the Integrative Design Arts & Technology (IDeATe) program. As a teenager she was an apprentice in a summer repertory theater, where she discovered her love for design and dance. Her passion has been reflected in her career in many ways, including working backstage in professional theater for five years. She received a bachelor's degree in astronomy from the University of Pennsylvania with a minor in medieval language and literature, a master's degree in operations research from Penn, and an interdisciplinary Ph.D. on photovoltaic power systems through civil engineering from MIT. She came to CMU in the late 1980s as research faculty in the Intelligent Systems Lab in the Robotics Institute and joined the faculty of the Civil Engineering Department in 1991. She has served two tours at the National Science Foundation; first, in the mid-1980s, as the first program director for the Design Theory and Methodology Program in the Engineering Directorate and, more recently, as a program officer for engineering education in the Division of Undergraduate Education. She is a fellow of the American Society of Mechanical Engineers. As associate dean of IDeATe, she said she is looking forward to working with faculty and students from across the university to cultivate a collaborative, creative and active learning environment.