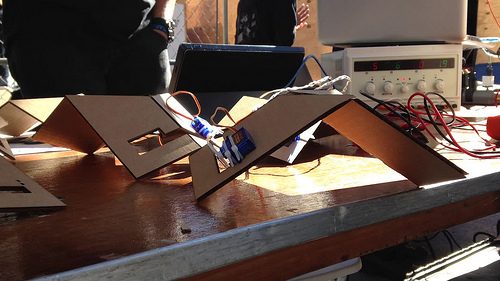 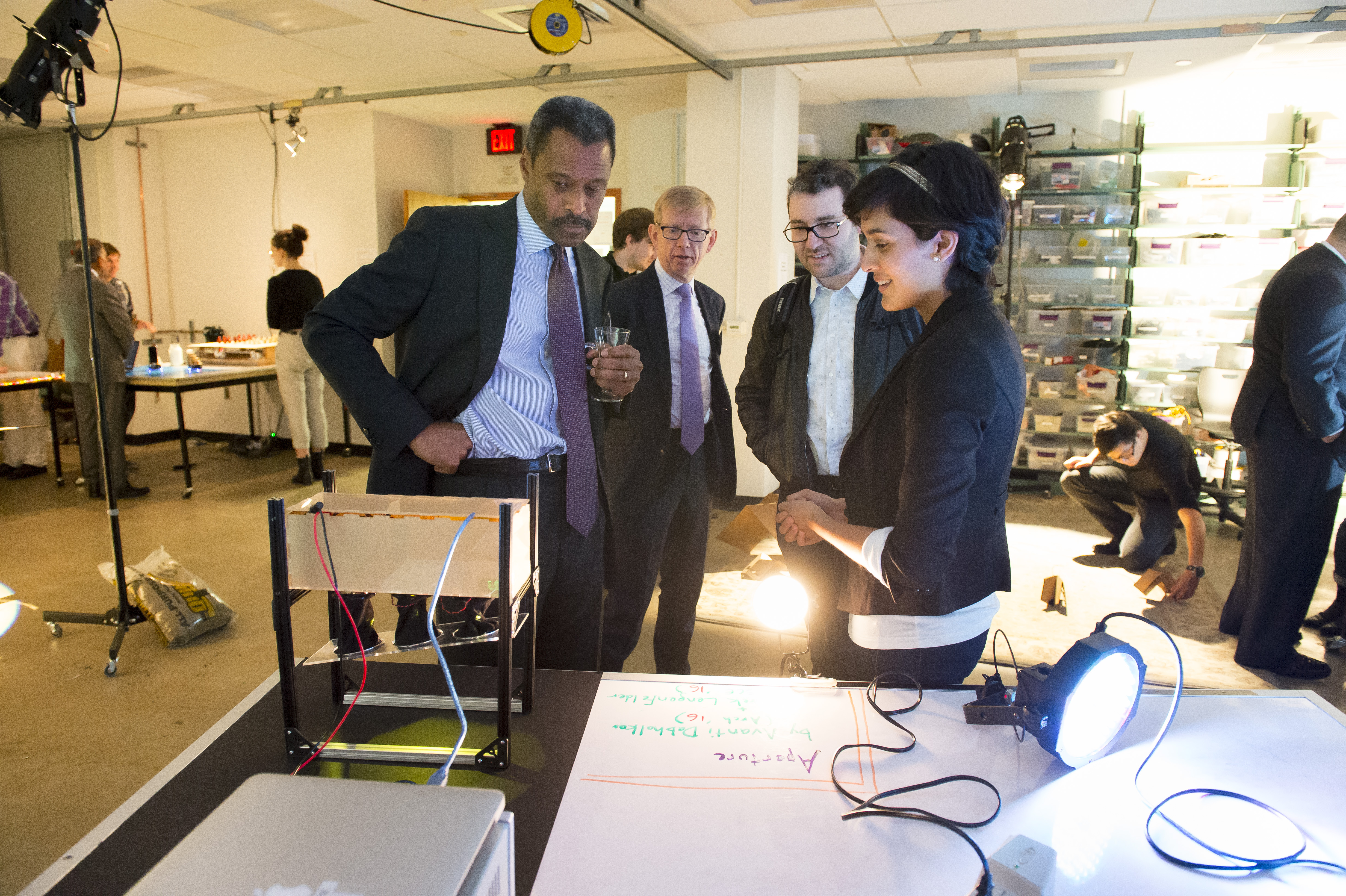 On October 23rd, President Subra Suresh visited the IDeATe@Hunt labs with the President's Global Advisory Council. The PGAC, a group of leaders and entrepreneurs who advise the President on the University's advancement, viewed student exhibits that highlighted course projects in virtual reality, expanded theater, 3D animation, learning media, laser cutting, and robotics. After the PGAC concluded their visit, the labs hosted an open house event. Students, faculty, staff, and prospective students were able to visit the labs and exhibits and learn more about IDeATe.

In October, the Pittsburgh Maker Faire made its debut at Nova Place near the Children’s Museum of Pittsburgh. IDeATe students and faculty had a booth at the Faire and displayed projects in kinetic sculpture, adaptive classrooms, video games, and robotics. Attendees were drawn in by Pop Up Mechanisms, a collaboration by Akiva Krauthamer, a senior in Drama, and Brian Yang, a junior in Industrial Design. Their project project was a study of V-cut pop ups, like the kind you see in children's books, and their use in computer aided fabrication and robots.

The studio classrooms on the first floor of Hunt Library served as the venue for several student events in the fall semester. In November, Toyz Nation Gaming League, a new student organization, hosted their first hackathon/game jam in Studio B. Over the course of a weekend, four teams of students raced to build a game. The key objectives of the event were to experience the game creation process, from concept through development, and to foster diversity through collaboration. Obawole Idowu, one of the founding members of the organization, reported that the event was a success in both respects. The student participants, who came from many different majors and demographics, were able to create their games and reflect on the challenges that come with the creative and technical processes required.

In December, the Game Creation Society held their Release event in Studio A. The showcase featured new video games that students had developed over the fall semester, including some that were developed in IDeATe courses. GCS President Rachel Moeller and GCS Treasurer Miranda Jacoby noted, "The CMU Game Creation Society Fall 2015 Release Showcase exhibited a record number of individual and team made games that were produced in just one semester outside of members’ existing classwork. Games were shown on a range of platforms, from a rolling robot to Xbox controllers to an organization-made game cabinet. Representatives from all over the Pittsburgh game-making scene, including Schell Games, the Pittsburgh International Game Developer's Association, the Entertainment Technology Center, and IDeATe came out to celebrate and play GCS's creations."

Also in December, during the final presentations for Ali Momeni’s 60-223 Introduction to Physical Computing class, Electrical and Computer Engineering students Jaime Chu and Robert Rudolph debuted their sound-responsive light installation, “Ideation,” in the Hunt Library stairwell. For about a week, visitors to the Hunt Library got to see the sounds of their voices and footsteps light up as they climbed the stairs. The response to the piece was so positive that plans are in the works to make the installation a permanent exhibit in the stairwell.