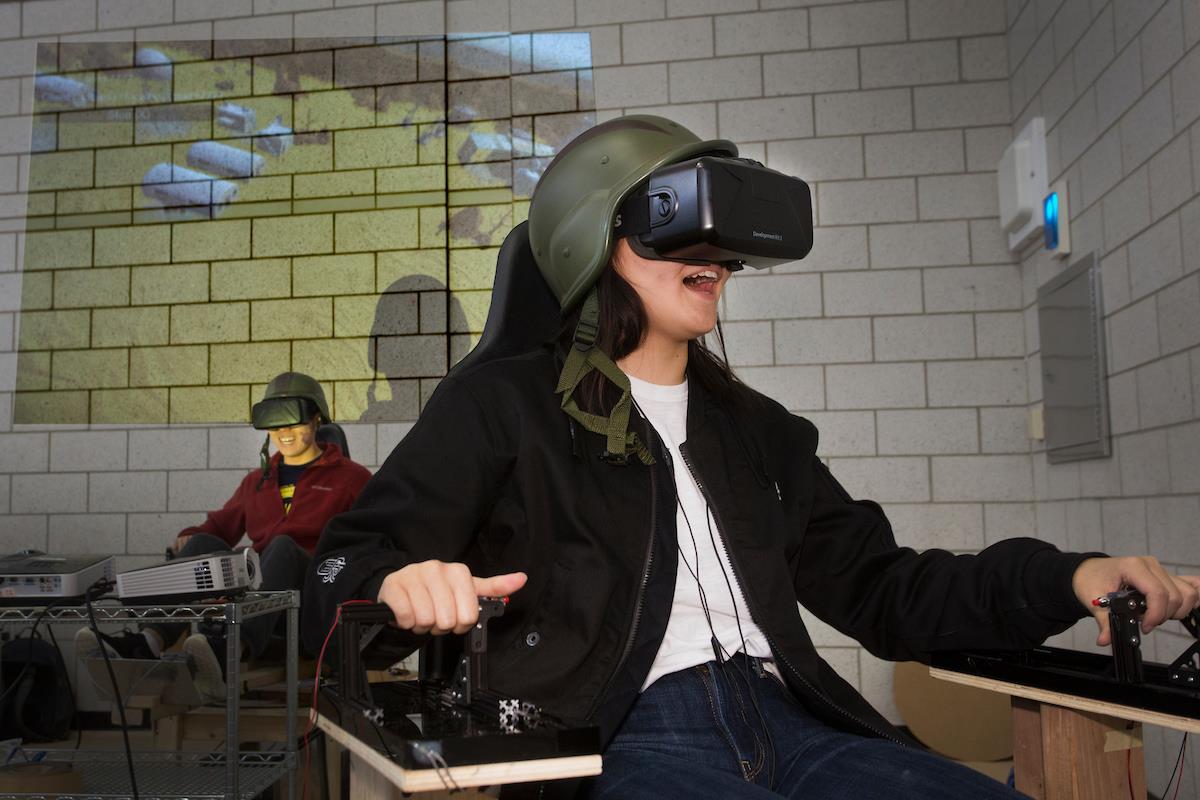 At this year's Build18 Festival, the Big Dreams team, which included IDeATe student Roberto Andaya and IDeATe student technical advisor Efrain Barbosa, won the prestigious Outstanding Project award. "Our project was a 1 vs. 1 tank VR simulator," says Andaya. "We made a tank game using Unity, gave it VR, and the ability to play multiplayer across a server."

The Big Dreams project was unique because it was an immersive game experience. They made a physical physical chair system that would require the user to use their feet and hands to interact with the game. The engineering challenge was the rotation of the "tank," which required a motor that was powerful enough to turn the user's body. But this distinction made the physical experience of the game that much more realistic and fun. 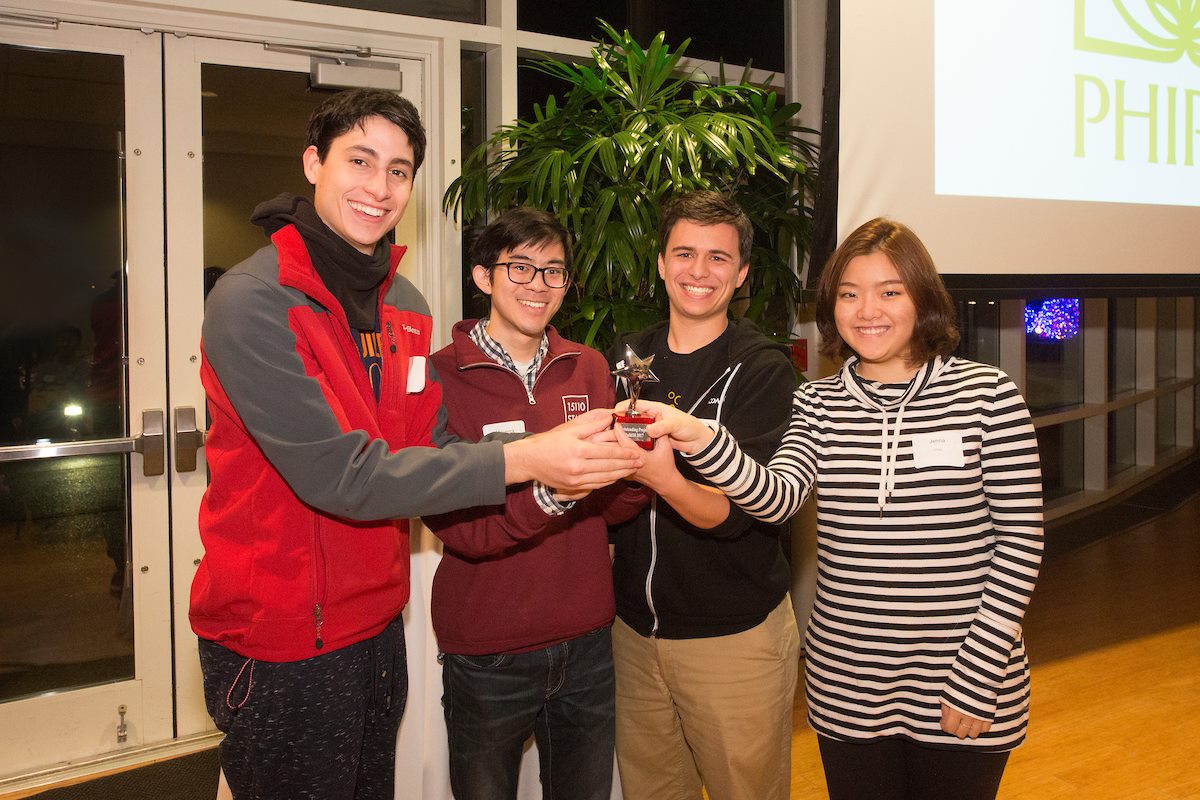 The team was comprised of Andaya's fellow students from Mechanical Engineering, as well as students from Electrical & Computer Engineering and Computer Science. Their project was ambitious, but Andaya was pleased to see the commitment of the group. "It was a group of friends that I knew would put in the hours to complete this cool project," he says. "We had to meet during school days and really use all the spare time. On the last day we had to really buckle down and we stayed up for 35 hrs to finish and present the project."

Big Dreams came to life in IDeATe's Experimental Fabrication lab, where Andaya and Barbosa both work as technical advisors helping fellow students with projects. "Using this space is extremely advantageous for a project of this magnitude since it involves electronics, small accurate pieces which laser cutting and 3D printing can cover, and a little bit of woodwork," says Andaya. "I think there is no better place to be at in this school for this project than here."

When it came time to judge the projects, the Build18 attendees recognized what Big Dreams had been able to accomplish. "Everyone understood the feat that we had to go through to actually build this project. It involved mechanical concepts, electronics, and game design," says Andaya. They admit that they were intimidated by the scope of their project but felt that they could push themselves to prove to themselves and others that they had developed some very strong skills. Aside from the award, their hard work was appreciated. "People really had fun with the project," says Andaya.

One additional skill that the team put to use? Their lyrical prowess. A few members had taken a class in rap and decided to celebrate Big Dreams with an original song and video. "It's nerdy, but I love it in every way," says Andaya.