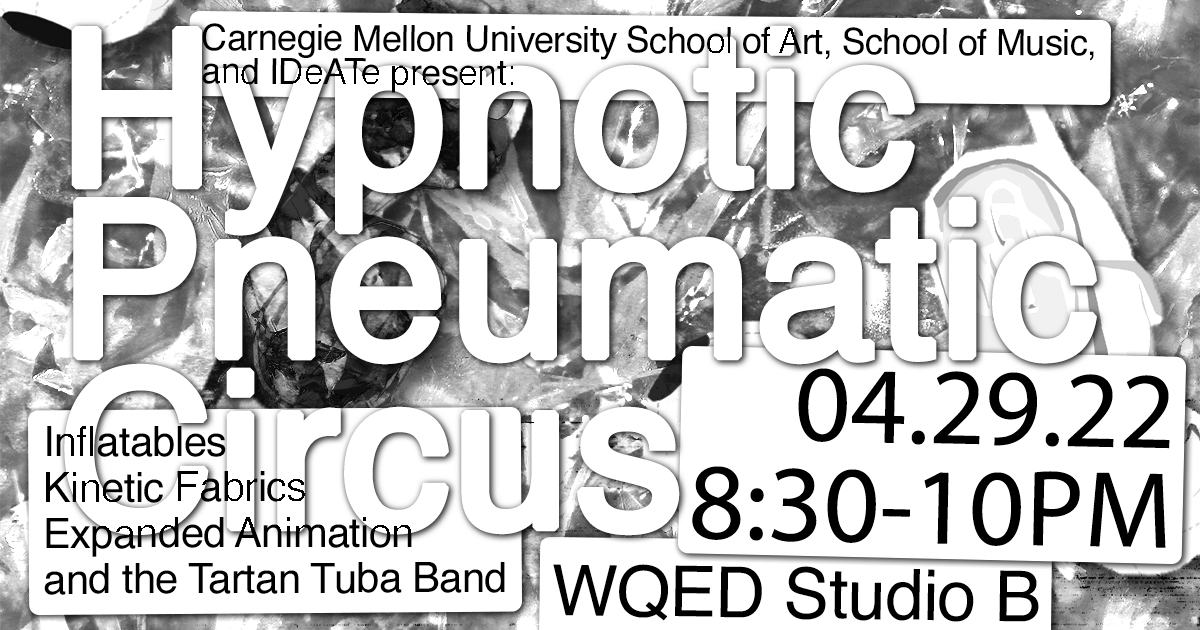 Hypnotic Pneumatic Circus is an evening of music, inflatables, and animation presented April 29, 8:30-10pm in WQED Studio B (4802 Fifth Avenue). The musicians of the Tartan Tuba Band will be augmented with robotic performative costumes designed by the students of Kinetic Fabrics. They will be surrounded by architectural scale artworks designed by the students of Inflatables and illuminated with projections created by the student of Expanded Animation. Together, the inflatable sculpture and abstract music/sound create an immersive space for the audience to explore.

This event is free and open to the Carnegie Mellon community. 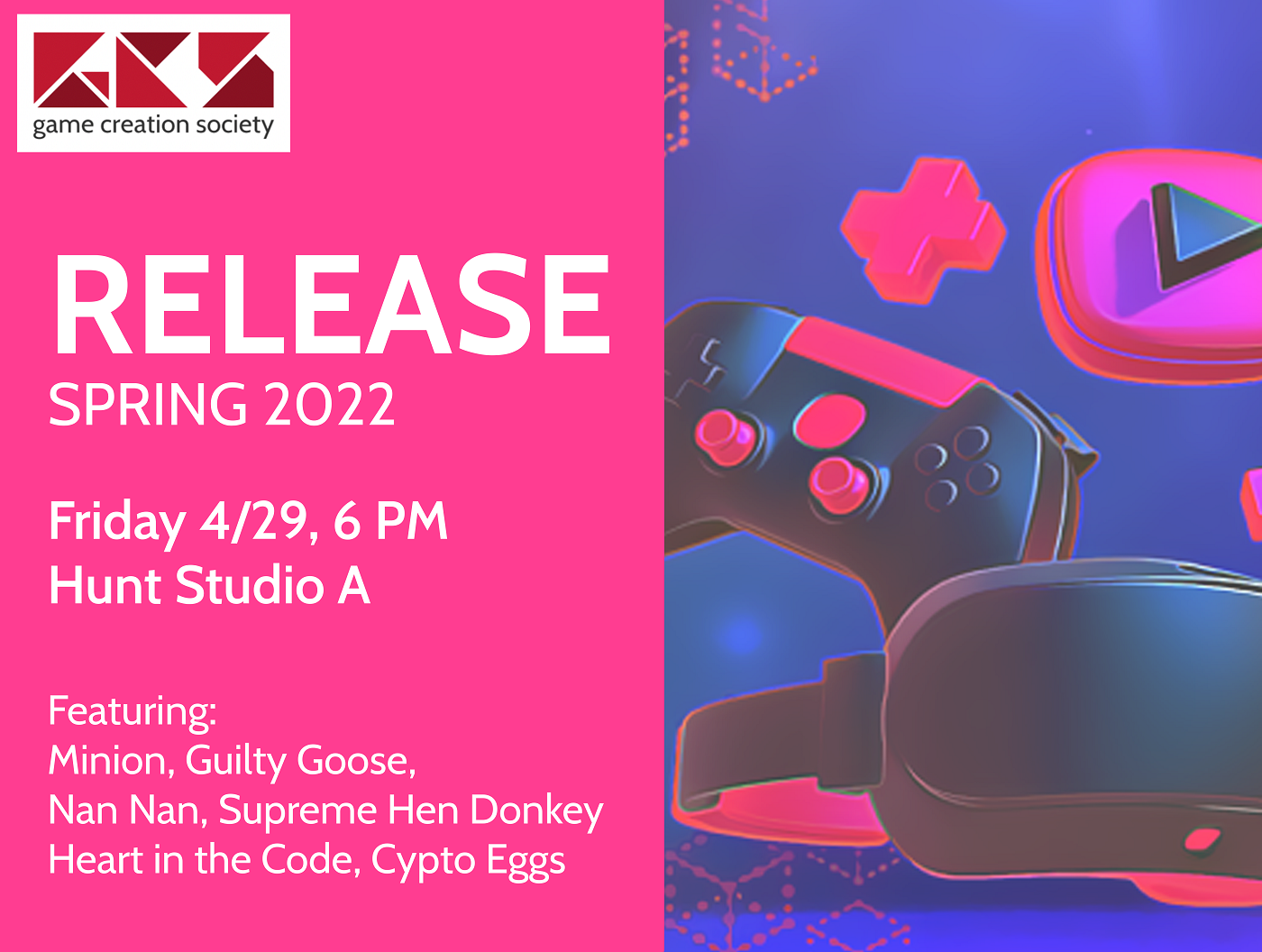 Hello, Gamers! The Game Creation Society's Release Showcase is on Friday, April 29 at 6 PM EST in Hunt Library Studio A! There will be food and drinks! No matter if you are a GCS member or not, we welcome you to join! The showcase is a super chill event where each team has a table set up and you could walk around to try out different games. Then you guys get to vote for the GCS Awards: Best Art, Tech, Music, and GOLD. We are thrilled to see you there! 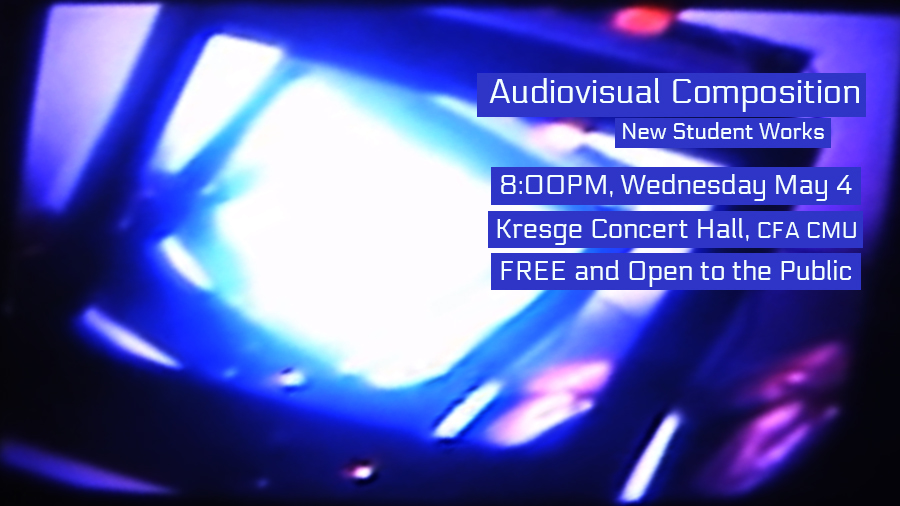 These upcoming student concerts are free and open to the public!
On Friday April 29 at 7:30pm, head to the IDeATe Media Lab in Hunt Library (A10A) for new works by Martin Baker, Blaine Black, Cody Rong, Cole Savitz-Vogel, and Harry Schneider.

Then, on May 4 at 8pm in the Kresge Theatre, hear from the Audiovisual Composition students, Blaine Black, James O’Malley Gorbea, Inbar Hagai, James Merrill, Gloria Mwarage, and Will Rinkoff. 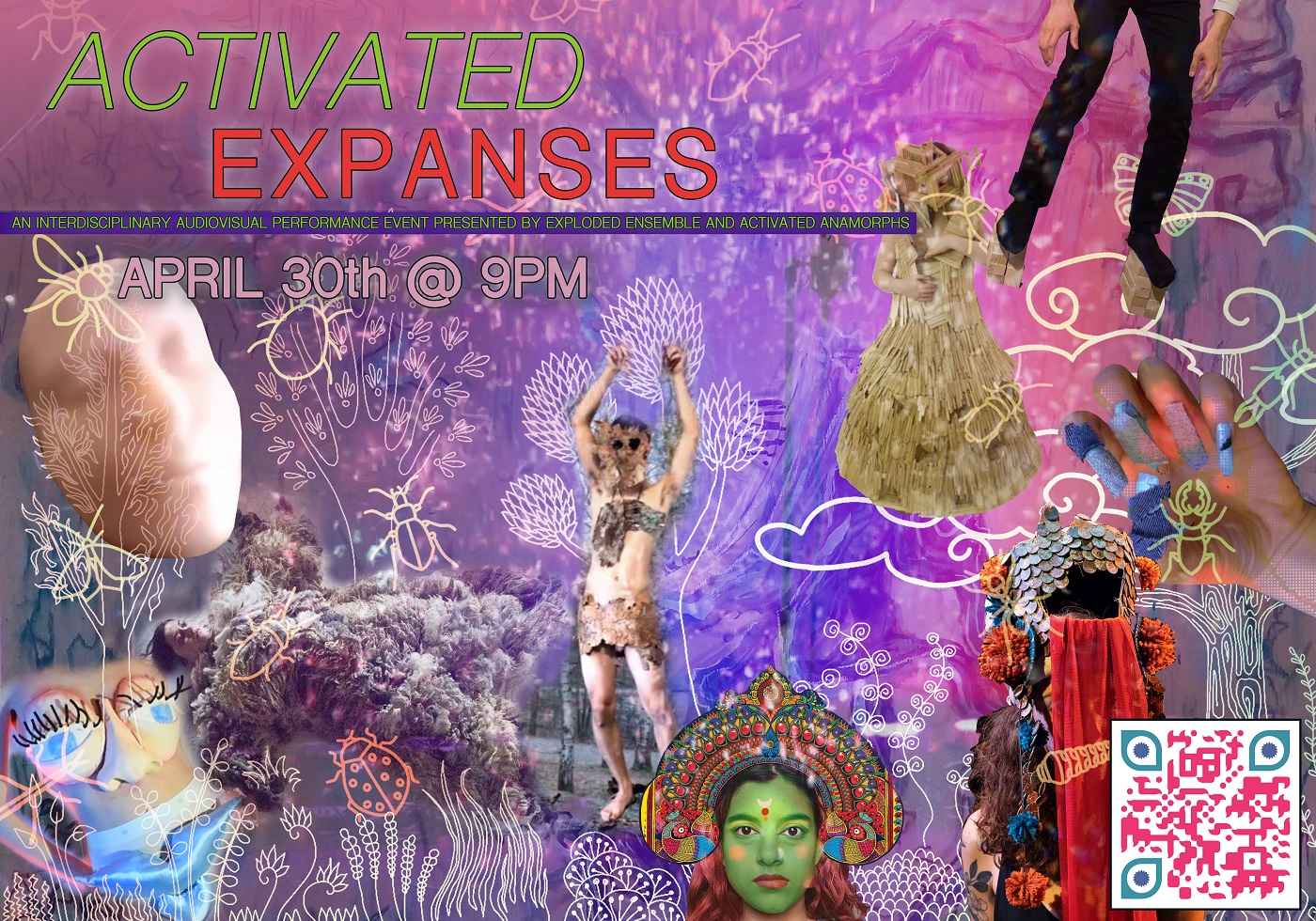 Activated Expanses will be a multimedia performance event combining experimental music, performance art, wearable sculpture, and audiovisual video/light projections. In our one-hour performance, we will activate the valley below the Randy Pausch bridge with light, color, costumes, and choreography. The audience will be free to explore the open spaces between the Gates and Doherty buildings as they are immersed in music, visuals, and augmented performances.

Automating Art: The good & bad of technology in art making

Join City of Asylum on May 3 at 7pm for a lively cross-disciplinary conversation that questions the rising influence of AI and autonomy on the art world. Experts from the University of Pittsburgh and Carnegie Mellon, including Garth Zeglin, will explore the intersection of technology and creative practices like CGI & autotune, and debate their impacts on music, art, and literature. The panel will also address the future potential of autonomy in art, and whether human artists are at risk of being replaced by computers.

The IDeATe facilities will continue to adapt our operations as needed during COVID-19. Stop by resources.ideate.cmu.edu to read the latest on what to expect.

Get IDeATe Info Delivered To You

Join our newsletter, IDeATe Info, for weekly news and announcements during the academic year.